Surprise! We are still alive! We had a long, lazy week in which we neglected the blog…or rather, I neglected it and Eli worked. We left La Jolla on Easter Sunday to make our way up the coast a bit further. We made a quick stop in Carlsbad before reaching our final destination and spent a day amongst the flowers. 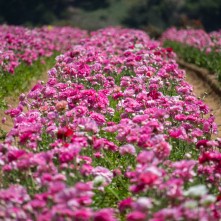 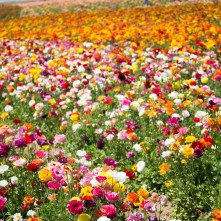 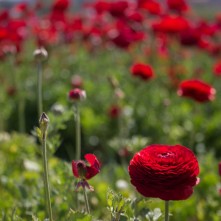 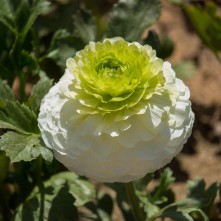 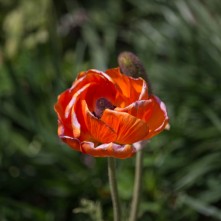 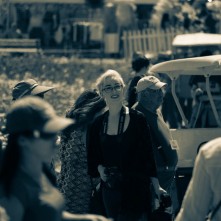 Although it was a very obvious tourist trap, the flower fields were something out of a fame-seeking Instagrammer’s dreams. Much like the rest of California’s super bloom, the Flower Fields were bursting with bright colors as far as the eye could see. Rows upon rows of Ranunculus in every color were in full bloom and people were everywhere. We ended up having a really great time, despite the crowd. Eli taught me all about his magical camera ways and I ended up getting some really awesome pictures because of it. We didn’t stay too long due to hunger and the potential worsening of our sunburns from the day before but I would say it was definitely worth the stop.

From there, we continued on our journey to Long Beach to visit my Aunt. We ended up staying a lot longer than anticipated while we waited for some mail to arrive but it did give us the opportunity to eat our way through the city and enjoy a few sights.

During our first day there, we were taken to an iconic bar on 2nd Street called Shannon’s Bayshore Saloon, where every inch of the walls were covered in dollar bills. The place must be worth a damn fortune with all of at money. We, of course, joined in the fun by contributing our own dollar with our names to the bar’s wall and followed that up with some shots. Party. And to be honest, even though the place is a little bit of a dive, they had a few tasty drinks.

That night, we went to a swanky little restaurant called The Attic. Seriously, if you are in Long Beach, go there. You won’t regret it. They had a section of their menu dedicated to mac ‘n’ cheese with hot Cheetos and it was a very good thing. So were the fried pickles and the poutine (or so I’m told), and the pasta, and the veggie sandwich. I’m not kidding, go there. It was so good.

And what would California be if not the epicenter of vegetarian food? Every restaurant has vegetarian options, which is always an exciting time for me. Especially when it is in the form of HOT DOGS. We ended up at Dog Haus on our last night in Long Beach and I am so glad we did. Being a vegetarian, it can be a bit of a challenge to find a good alternative to the all American mystery meat. This place hit the nail on the head. Plus, they come loaded with toppings. Mine was some sort of gourmet arugula, apple, onion veggie dog and it was too good for words. Eli had some sort of barbecue cheese hot dog and he claims it was good so I am just going to take his word for it. I’m honestly sad that this isn’t some sort of chain restaurant because DAMN. Those were good. Can you tell I’m a bit of a foodie?

On top of that, there was dessert. My favorite of all the things. We got some amazing gelato at Paradis, an enormous and ridiculously tasty cinnamon roll at Sweet Jill’s, and a truly unique ice cream sandwich at Snow Monster. I think out of the three, Snow Monster was my favorite though. The cookies that they used for the ice cream sandwiches were Oreos that were baked inside of a chocolate chip cookie with whatever ice cream flavor you wanted in the middle. Cookies on cookies on ice cream, what more could a girl ask for?

I have effectively made myself really hungry.

Aside from the amazing food, we did end up spending time on the beach as well, considering it was only a block from where we were staying. We took some photos and enjoyed the weather and seagulls as we walked down the shore. 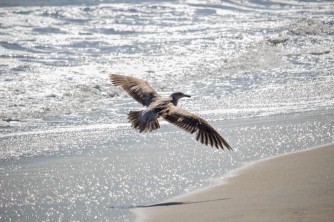 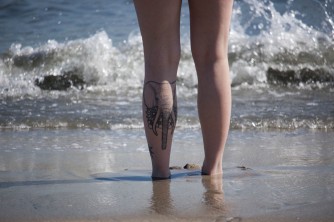 But it wasn’t all sandy beaches and delicious food. Unfortunately, parking in the area is a nightmare. The first few nights we were fortunate enough to spend on my Aunt’s couch, which was great because we had to park the van really far away due to the fact that this city has no driveways or parking lots. Everyone pretty much just parks in the street. The first night that we actually had to find a parking place to sleep in, we ended up driving around for an hour. The day after we finally wised up and found a good parking place close to my Aunt’s apartment in the middle of the day and did not move from that spot until we left.

So, all in all, Long Beach was a good time. We did a lot of lounging around and a lot of eating, which is always a good time for me. I promise I will keep my food related posts to a minimum from here on out. Now we continue making our way North on the Pacific Coast Highway. We are discovering how important it is to plan out where we will end up parking for the night but all in all everything is fine.