Hello blog viewers, it’s been a while. Sorry to keep you waiting as I know you have all been on the edge of your seats wondering what kinds of crazy experiences we have come across in this past few months. Well, to put your minds at ease, much has happened and we have been a little busy these past few weeks. We are currently in Florida, but that will be a tale for another time because we must continue the chronicle in the correct order. I believe we left off with Virginia so next destination on the list is… 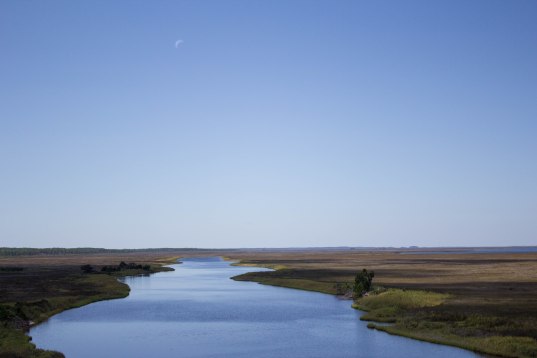 Our instructions were to visit the islands that border the coast of North Carolina so that became our first destination once we landed in the state. Hours were spent driving south on the islands, admiring the cute little beach homes on stilts and massive sand dunes on either side of us. A storm was rolling in behind us, which made for some pretty incredible waves at the one beach we did stop at. They were almost frightening to be around as they crashed loudly and swelled to concerning sizes. It was beautifully terrifying. I felt like any moment we would be engulfed in a mass of water and dragged out to sea. A little dramatic, I know, but the ocean has always been a little scary for me.

We had started our drive in the evening so it was progessively growing darker during our exploration of the islands. We had made it to Hatteras just in time to photograph the iconic lighthouse that is said to put all other lighthouses to shame. It was then that things started to go downhill. We boarded the ferry that would take us from Hatteras to Ocracoke Island well into the night in an attempt to reach the Ocracoke ferry that was supposed to bring us back to the mainland. While on the first ferry we discovered that it was too late for the second ferry to be running so we would have to spend the night on the island. On top of this, we also discovered that the marine battery that we use to charge our devices was malfunctioning a little. Upon further inspection it became obvious that the lead from the charge isolator and the battery had become disconnected which is easy to fix but a little intimidating when it starts causing sparks to fly around your van house while you are on a boat. I was panicking a little at the thought that Eli might electrocute himself while attempting to fix it and/ or set the van ablaze but he fixed it with little to no problem and put everything back in working order. 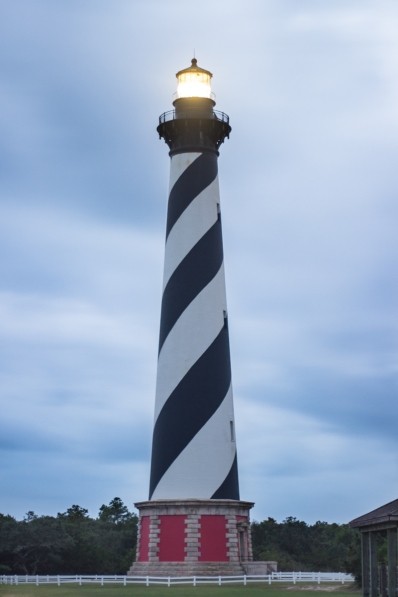 Once we disembarked from the ferry, we attempted to acquire some lodgings for the night, which is surprisingly difficult when everything is closed. It also didn’t help that it was pouring rain and we could barely see where we were going. Eventually we stumbled across an RV park called Teeter’s Campground which ended up being surprisingly nice. We got a little spot to park for the night for $30 and we got to love on the camp mascot, Bumper the cat (the best part of Teeter’s, if you ask me).

The next morning we made a mad dash for the next ferry off of the island and got to enjoy our morning hours out at sea. We were delivered to Cedar Island at the end of the three hour ride which lead to the discovery of the most beautiful beach I have ever seen. It was like walking into a movie scene. The sand was bright and soft, the water was still and crystal clear, and there were cows. Cows were sunbathing on the sandy shores of Cedar Island and I could not contain my excitement. We spent probably too much time taking in the beautiful scenery and photographing beach cows before we left in search of a place to work. 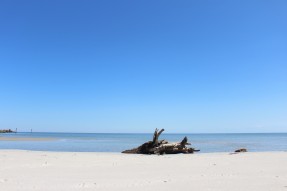 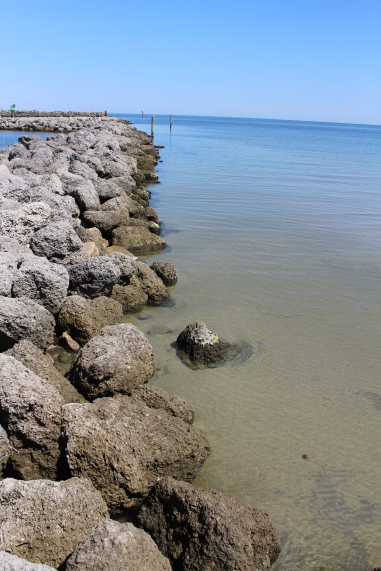 Our final North Carolina destination was Oak Island, where we ended up staying for two weeks with a very good friend of mine. I can’t quite remember exactly what we did on what days but I know it was an amazing time and I was so happy to be reunited with my bestie. She showed us all kinds of beautifully historical places in her area including an old jail, a cemetery, downtown Wilmington, and so many bookstores. Seriously, I didn’t know this many second hand bookstores could coexist in one place. Our evenings were spent catching up on every single horror movie we could find, including the new IT, which we loved. Weekends we spent at the beach acting like lunatics in the waves and attempting to body surf and bury each other in the sand. She also introduced us to the cat shelter that she regularly volunteers at where we got to enjoy endless amounts of kitty love. It was a dream come true.

It really wasn’t until we got to Oak Island that I started appreciating North Carolina. Yes, it is a beautiful state but there really isn’t much going on driving down the coast. Oak Island does seem to have a bit more to do and see but it’s really just a small beach town for retirees. Wilmington, a city that was about thirty minutes from where we stayed, ended up being the most exciting place with lots to check out in the mall and in the downtown area. Lots of old, beautiful buildings made up the entirety of the main drag and they were all filled with completely unique cafes, bookstores, and boutiques. I would say it is best described as a sort of vintage college town that is definitely worth spending a day in if you’re in the area.

The entire experience was like a luxurious vacation with two of my favorite people. Eli and I were very thankful to be able to stay in such a nice area and such a beautiful home. Even though our first night in the state was a stress and panic fueled nightmare, we ended up really enjoying the remainder of our stay. The cats really helped to push the whole experience over the top so of course, everything is fine.

One thought on “North Carolina”